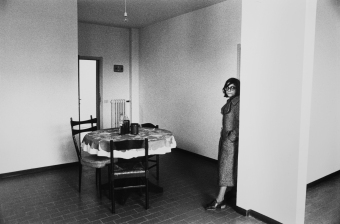 Since the early 1970s Liliana Barchiesi has dedicated herself to the exploration of themes linked to the female world. In 1974, together with other feminist women photographers, she produced a reportage on an occupied apartment block on the outskirts of Milan. The young woman portrayed strikes us with the dignity and pride with which she shows her flat, a clean interior with few unmatched pieces of furniture. This image differs from the many others that Barchiesi had taken in bourgeois environments with irony and participation. 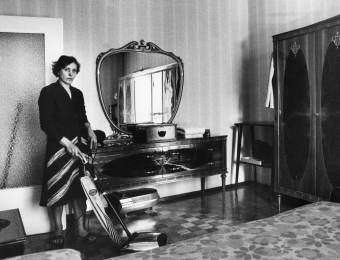 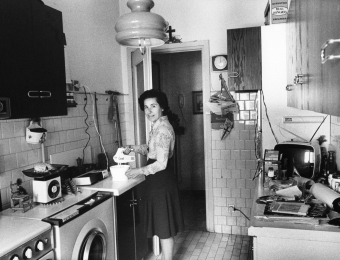 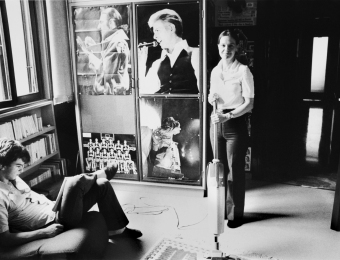 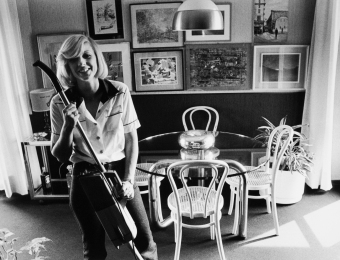 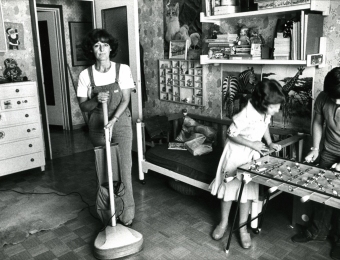 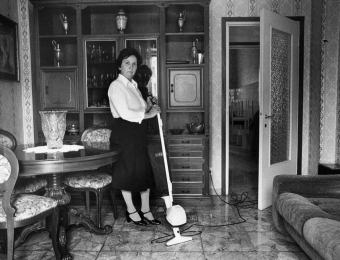 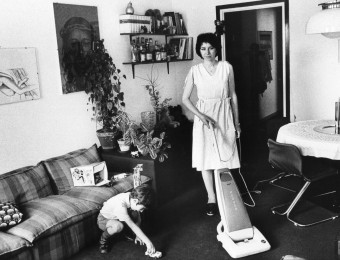 Since the early 1970s Liliana Barchiesi has dedicated herself to the exploration of themes linked to the female world. In the six images in the collection from the series Le casalinghe (Housewives), Barchiesi portrays with participation and irony the interiors of bourgeois houses with the complicity of women who show themselves in the habitat that unites them with their favorite household appliance. 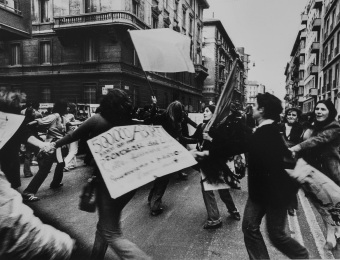 A freelance photojournalist, Liliana Barchiesi has documented throughout the 1970s women’s demonstrations in the streets. With militant commitment she photographed the marches for divorce and against clandestine abortion, the protests in the world of work, and the travails of women’s groups. The roundabout like we see in the picture was often the culminating, liberating moment of feminist demonstrations.

Stefania, Barbara and Francesca are three sisters that Liliana Barchiesi photographs as children in 1977 in the studio, surrounded by the objects of their future destiny, the shopping cart, the stroller, the cradle. With irony, the photographer denounces a story already written for the three little women. She meets them again in 2009 and re-photographs them, again in the studio, recreating the image of that time with their daughters, showing the reality of today. 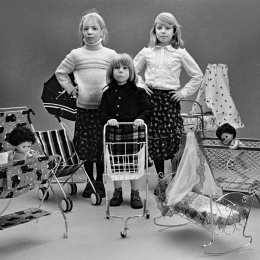 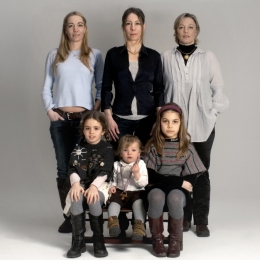 LILIANA BARCHIESI has been an independent photojournalist since the early 70s; she focuses on exploring themes linked to the world of women. As an activist she has documented the street protests for divorce and against illegal abortions, the work world and feminist groups, the role of women in the household. She has done photo features for newspaper and magazines both activist and mainstream, such as “Noi donne”, “Effe”, “Amica”, “Il quotidiano dei Lavoratori”, “l’Espresso”. As a photographer and audiovisual artist, she has taken part in numerous group and solo exhibitions including Donne-immagini 1974/1979 (2008), La casa, i riti (1980) and Una Nessuna Centomila. Her work continues today, through photography and documentaries, to denounce and fight gender stereotypes, for example in Legge 194 Cosa vogliono le donne (2013) she highlights the similarities and diversity of contemporary female reality, with particular attention to migrant women in Italy. *She was born in Milan, where she lives and works