Un Paese in tribunale: Italia 1980-1983 (A Country in Court: Italy 1980-1983), an historical portrait of Italy in the years of the first trials of terrorism, corruption and state massacres is the book realised by Giovanna Borgese, with texts by Corrado Stajano. In the pages of the book and in the 9 photographs in the collection, we find the halls of the Italian courts from Turin to Reggio Calabria where Borgese had often a hard time getting in not being, unlike her fellow male photographers, supported by the major newspapers. Her courage and sensitivity allow us to reflect even today on the moments and characters of crucial years for our country. 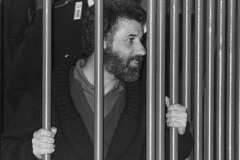 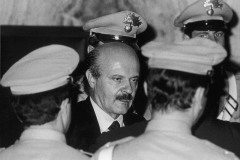 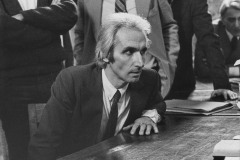 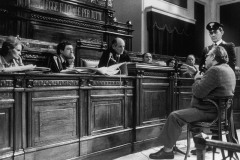 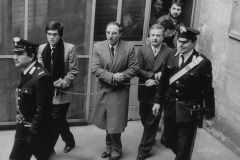 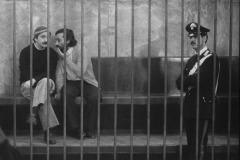 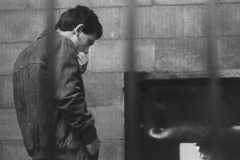 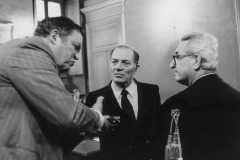 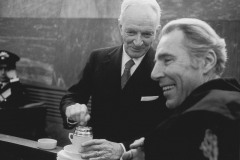 GIOVANNA BORGESE uses an anthropological, journalistic, political, socio-cultural approach to represent people at the margins of history in black and white. Her work has been defined as an “archaeology of the present” for its themes and style. She has published Un Paese in tribunale: Italia 1980-1983, a historical portrait of Italy in the years of the first trials for terrorism, corruption and acts against the state; Terremoto. Le due Italia sulle macerie del sud: volontari e vittime, camorristi e disoccupati, notabili e razzisti, borghesi e contadini, emigranti e senzatetto (1981); Dove era la fabbrica (1987), documenting the progressive disappearance of old factories. I luoghi dei rifiuti. Italia (1989) is one of the first works criticising the phenomenon of ecological degradation. With Paola Agosti she published Il volto delle parole, a collection of portraits of famous writers and Mi pare un secolo devoted to leading figures of the 20th century. *She was born in Milan in 1939, where she lives and works.