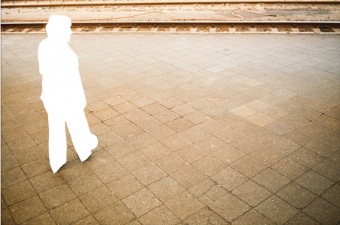 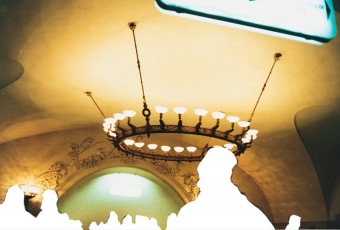 A silhouette cut out in a small colour photograph: Daniela Comani creates the series Assenze (Absences) – 2 images in the collection – thus getting rid of unwanted human presences. A series of photos in which the subject – the figure – taken in different indoor and outdoor spaces is cut out, and therefore absent. In its place is emptiness, nothingness, a hole. The silhouette, however, remains and becomes, in its clean, silent definition, the new photographic subject.

In Un matrimonio felice (A Happy Marriage), a work in progress since 2003, we see Daniela Comani herself self-portrayed twice: in the role of the husband and in that of the wife, presented as a happily married couple. This is not sexual stylisation or disguise. The faces have not been digitally manipulated; mimicry and posture determine, together with beard and make-up, the success of the two different roles. Sexual identity evaporates in the play of minimal differences. 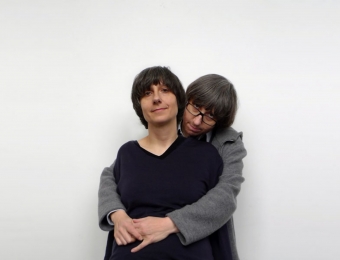 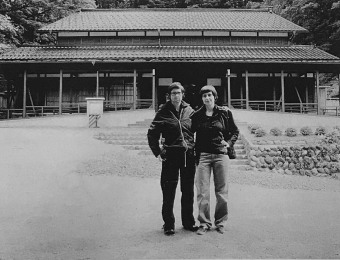 DANIELA COMANI’s work focuses on the themes of history, gender identity and social stereotypes, using the same language as a means of communication that acts as an every day interpreter in disseminating these values. Her works include: Soggetti assenti (1995-1997), where the subject disappears, leaving an empty space, and the silhouette becomes the subject of the image. In Un matrimonio felice (2003-2013), the artist interprets the roles of wife and husband. She only uses make-up, mimicry and posture, to make us believe images that immortalise facial expressions, gestures and poses typical of everyday life. Her work reversing masculine and feminine brought about Novità editoriali (2012), in which she works with titles of literary giants – La piccola principessa, Monsieur Bovary, Le sorelle Karamazov, etc. and My Film History (2013), in which she overturns the sexuality of the protagonists of cinema’s most famous masterpieces. *She was born in Bologna in 1965, and has lived and worked in Berlin since 1989.