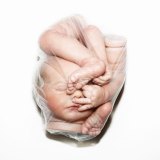 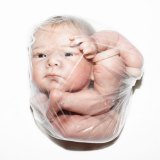 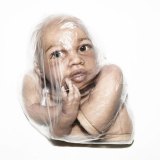 Three dismembered dolls wrapped in cellophane, a metaphor for an artificial placenta . An emblem of human need transformed into merchandise. In Do women dream of syntethic kids?Martina Cirese conceptually illustrates the phenomenon of artificial children produced to order, reborn dolls made to order all over the world by women who are unable or unwilling to have children. Cirese analyses the process of simulation and commercialisation of motherhood and speaks of dissatisfaction, loneliness and the contradictions of contemporary femininity.

MARTINA CIRESE studied at the ISFCI (Institute of Photography – Rome). In 2011 she was given a scholarship to complete a Master’s degree in Contemporary History at the Sorbonne University in Paris, focusing her studies on the raise of Totalitarian regimes. From 2012 she has worked as a freelance photographer, publishing cover stories in leading Italian magazines. Her first long term project Asankojo has been acknowledged by several awards nominations. In 2014 she was awarded a year-long scholarship at FABRICA, the communication research centre founded by Luciano Benetton and Oliviero Toscani, where she has been selected as the photographer for the Unhate Foundation – United Colors of Benetton global social campaigns. Her works have been exhibited across Europe and featured in international publications including “L’Espresso”, “Internazionale”, “The Guardian”, “Time”, “National Geographic”, “GEO” and “Burn”. *She was born in Rome in 1988, and lives and works in Paris since 2017.