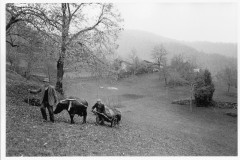 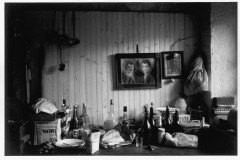 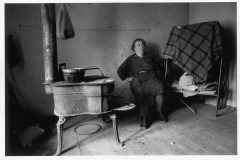 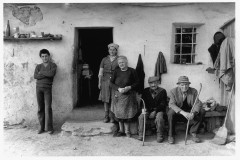 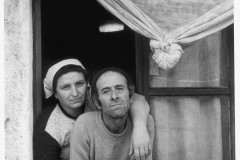 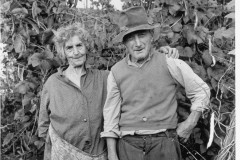 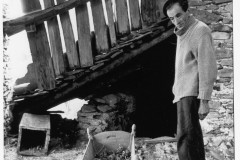 In 1977, Paola Agosti started working on a long reportage in the Alta Langa and Bassa Valle Stura, in Northern Italy, which was later collected in the book, Immagine del “mondo dei vinti“ (Image of the “world of the defeated”). The work was inspired by and linked to a text by Nuto Revelli (published in 1979, subsequently reprinted with more unpublished photos in 2001). Going beyond the anthropological approach, Agosti documents with participation and sensitivity the conditions of extreme poverty of the peasant society of the Piedmontese valleys.

In the collection there are 7 photographs belonging to this series.

Between the late 1980s and early 1990s, Paola Agosti travelled to Argentina to document Italian migrazione, in particular from Piedmont. In 2011 these materials came together in the book El Paraiso: entrada provisoria. From this series there are 6 images in the collection, they testify to Agosti’s attachment to the people of Piedmont, where she was born. Feeling a migrant herself, the author embarks on a sentimental journey in search of physiognomies, attitudes and familiar profiles.

In the collection there are 7 photographs belonging to this series. 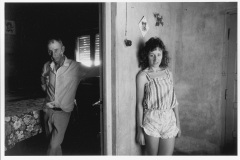 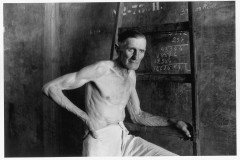 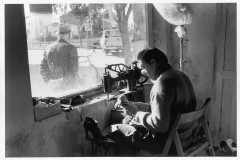 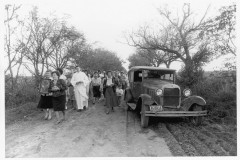 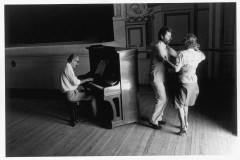 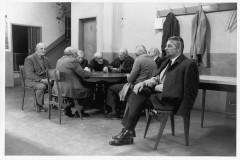 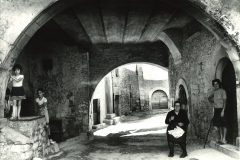 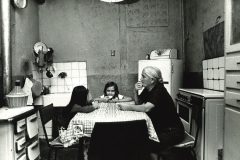 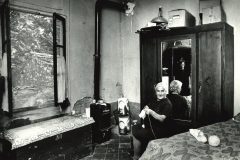 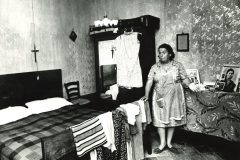 Going beyond the anthropological approach, Paola Agosti documents with participation and sensitivity the conditions of extreme poverty of the slum dwellers of Abruzzo, who in 1970, more than ten years after the earthquake of 1958, were still living in temporary housing. Elderly women and children are left behind by those that emigrate, to look after the few poor things that have survived.

In the collection there are 4 photographs belonging to this series. 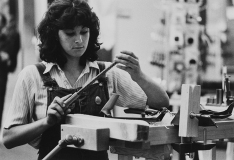 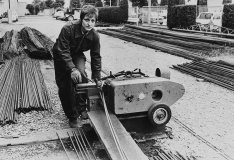 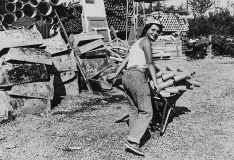 In 1978 Paola Agosti made a series of reportages for the feminist magazine “Noi Donne”. The four images in the collection were taken in May 1978 for an article on women workers in Emilia Romagna. They are young women engaged in heavy, traditionally male jobs, yet the photographer’s gaze bears witness to their pride in their profession.

PAOLA AGOSTI is a self-taught photographer who in 1968 photographed the strength of female humanity, photographing women workers in the rice fields, the women of the Italian Resistance and the comrades of the feminist movement in the book Riprendiamoci la vita (1976), devoted to Italian feminism; she also publishes La donna e la macchina (1983) about the first female workers in the factories of Northern Italy. With her camera she has documented marginal phenomena destined to disappear, like farming society and immigration to and from Italy: Immagine del “mondo dei vinti” (1979); Dal Piemonte al Rio de la Plata (1988) about the emigration from Piedmont to Argentina; El Paraíso: entrada provisoria (2011). With Giovanna Borgese she photographed 106 of the most important European writers, poets and intellectuals of the 20th century for the book Il volto delle parole (2007). Since 2000 she has been conducting archive research on private family albums, creating books and exhibitions out of the personal stories in dialogue with history. *She was born in Turin in 1947, where she lives and works.