Gabriella Mercadini documented the radical changes in Italian society around 1968 and 1977: the labour movement, the trade union struggles, the student movement, the hardships of the poorer classes, the degradation of the environment, focusing in particular on the themes of feminism and women’s emancipation. In the images in the collection we often see the caption on the front handwritten by the author. 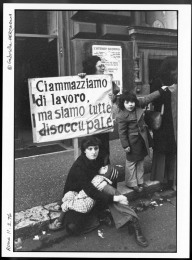 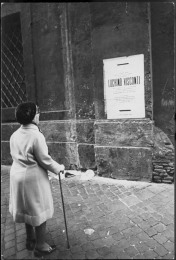 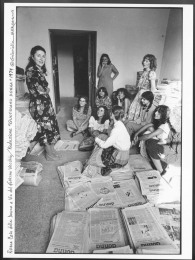 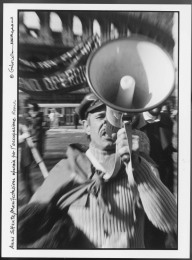 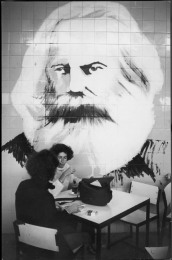 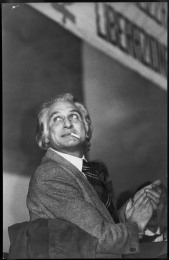 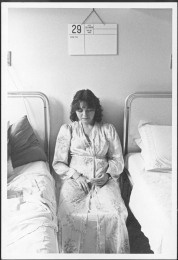 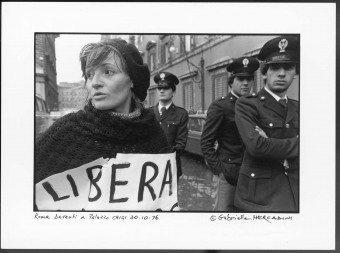 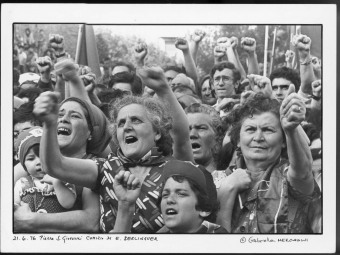 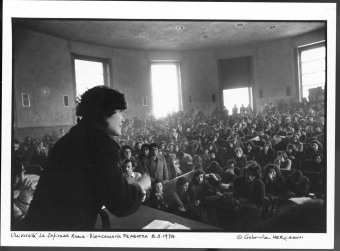 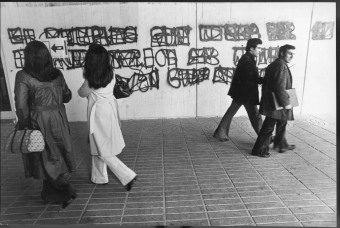 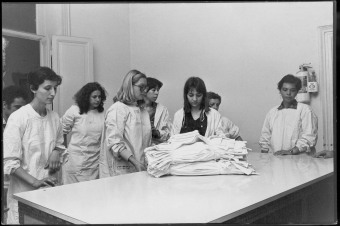 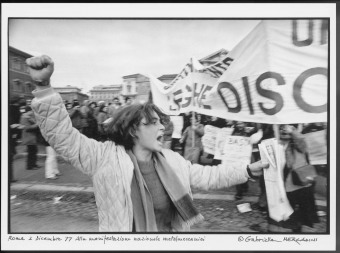 GABRIELLA MERCADINI chose photography for social and anthropological investigation and to express her political conscience. An activist photojournalist, she began to work as a freelancer in 1968, collaborating with “l’Unità”, “il manifesto”, “Noi donne”, “Corriere della Sera”, “l’Espresso”. She remained loyal to black and white film her entire life, photographing the struggles of workers’ and students’ movements, and the activism of women. She developed a parallel research on art and on museum spaces. She did not stop working even to the very end, realising investigations on the poisons in the Seveso, bearing witness to the marginalisation in the ghetto camps, to the hopes and efforts of the workers struggling in factories and to immigrant women. *She grew up in Venice, she passed away in Rome in 2012.